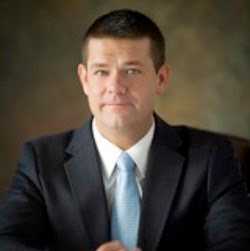 COLUMBIA, Mo 1/30/14 (Beat Byte) --  Columbia personal injury attorney Aaron W. Smith has dropped a lawsuit against the Columbia Heart Beat, this writer, and two other persons he claimed had falsely implied he was a "tree mutilator" in a Heart Beat editorial about his front yard on Stewart Road.

"I thought it was time Mr. [Heart Beat publisher Mike] Martin, and anyone else who chose to publish their words to the world, learned that bullies get punched back from time to time," Smith told the Columbia Daily Tribune last week, when he announced plans to end the case.   Boone County Circuit Court entered a dismissal Tuesday.

Smith's claim -- for "False Light Invasion of Privacy" (FLIP) -- involved a lesser-known area of tort law that until 2008 had no history in Missouri.  That year, an appellate court ruled in the case of Meyerkord v. Zipatoni such claims could be heard.
Last year, however, the Missouri Supreme Court cast a wary eye on the concept.  In Farrow v. St. Francis Medical Center and Cedric Strange, MD., the Justices emphasized their court had yet to recognize false light invasion of privacy.

Courts have worried FLIP suits are too similar to defamation claims, and that the latter action has greater precedence and a sounder legal footing.   Smith, meanwhile, told the ABA Journal he wasn't worried about the merits of the case.

"The reasons for dismissing the lawsuit were not related whatsoever to the merits of the claim," he said in an interview published this week.   "Rather the reasons were related to justifying additional time expenditure knowing that the defendant had gained a better understanding of the liability for action and hence hopefully no one else would suffer the same fate."

The lawsuit sparked concerns about freedom of speech from several corners, including Keep Columbia Free; Freedom Foundation attorney Dave Roland; the Missouri chapter of the ACLU; and Ken White, a well-known First Amendment blogger and criminal defense attorney with Los Angeles-based Brown, White, and Newhouse.   White founded Popehat, one of the nation's leading free speech blogs.
After reading the complaint, which was posted online, NYC-based criminal defense and civil liberties attorney Scott Greenfield called Smith's decision to sue "monumentally tone-deaf," on his SimpleJustice blog.  "This is as flagrant a SLAPP suit as there can be, but more importantly, this is how a lawyer makes as many enemies as possible."