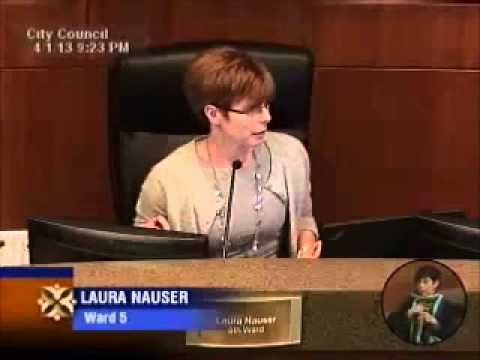 She has also shared four pages of statistics that show how crime has risen as Columbia has grown (links below).

Mrs. Nauser may be the Council's most crime-savvy member.  As a program assistant at Boone County's juvenile justice center, she sees crime through a unique, pragmatic lens that has prompted her to repeat a well-known mantra:   You cannot solve a problem until you admit it exists.

Nauser wants the community to know we have a criminal gang problem, and writes Heart Beat editor Mike Martin with her thoughts on how to reverse Columbia's most troubling trend.
Hello Mike.

Thank you for your continued coverage of this issue. You have covered this matter in a much more objective way than most of our local media.

I wanted to share some crime statistics for Columbia and some thoughts.

As you know, I have been addressing crime since 2008 and calling for people in our entire community to address it, too.   There are strategies that can make an impact.   However, if we do not first admit to the problems, then we will never address them.
Columbia police chief Ken Burton and his department are actively working on strategies to deal with crime.  But crime is not just a government problem, it is a community problem.    Solutions will not just come from the government.

As the data shows, violent crime has fluctuated over the years.  It has not just happened under Chief Burton's watch, and in my opinion, pointing the finger of blame (Boone County Sheriff Dwayne Carey vs Columbia Police Department) takes us away from the discussion of crime and how do we deal with it in our community.

We should be working together to solve the problem, not working against each other. 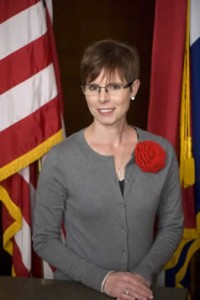 Dealing with crime is a multifaceted issue.  Task force co-director, Councilman Michael Trapp, and I have agreed to look at what other communities have successfully implemented to deal with enforcement, intervention, prevention and offender re-entry.   The first issue we will address is enforcement.

About the task force, I know there has been criticism of the process and even convening the group as a means to address crime.
But there is nothing in the process that would preclude us from making recommendations prior to the November 2014 dissolution date.

As I have stated since 2008, if our community -- which includes city government, county government, law enforcement, school district, Chamber of Commerce, elected officials, court system, non-profit agencies, and citizens -- does not admit we have a crime and gang problem, then we will continue to ignore the problem and/or implement strategies that are unsuccessful.

For instance, we MUST -- as a community -- stop calling juvenile offenders "gang member wannabes." When we do, we empower them to prove us wrong and fail to effectively use known strategies that mitigate the problem.

Hope the statistics are useful.