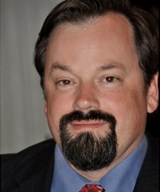 "Were they lying to us then -- or now?"
COLUMBIA, Mo 8/16/14 (Beat Byte) -- Contrary to public statements from Columbia City Council members and city officials, the Opus Development Group does not have the "right" to build a downtown student apartment without special approval from the City Council that citizen petitions have twice quashed.

Oddly enough, Matthes' email contradicts a sworn statement in an affidavit from Opus exec Joseph Downs that accompanies the filing:   "A development agreement is not required for a developer to proceed with a project."

"We do have infrastructure shortages downtown and staff has been rejecting any project which needs an increased amount of electricity for nearly a year now," Matthes wrote.  "However, our system of governance allows property owners to appeal to the City Council for permission to build after receiving a rejection from staff.  When a builder makes a compelling case, Council is allowed to approve (and has done so) development projects.  Collegiate Housing Partners, Opus and The Lofts are examples of projects that were rejected by staff and later, approved by Council."

Matthes claims his staff has also rejected the American Campus Communities 700-unit student apartment planned for the area around Providence and Stewart Roads.    Council approval for that project is pending.

"I'm confused.  You and others are telling us that because Opus' development conforms to current zoning laws, the city must approve a building permit," Blackwood wrote.   "Yet only a few months ago, Mr. Matthes and our Mayor said that because of infrastructure inadequacy, the downtown area would be closed to all further development....Did that not mean they felt they had the power to deny building permits?"

Opus' knowledge of the two month-old email suggests the company has gone ahead with land purchase, demolition, and construction plans knowing City Council approval was on hold pending the outcome of the petitions.

The email could harm any case either city officials or Opus attorneys make claiming they believe the petitions are irrelevant or that Council approval was not required.

"Were they lying to us then -- or now?" Blackwood asked Thomas, prompting Matthes' revelations.