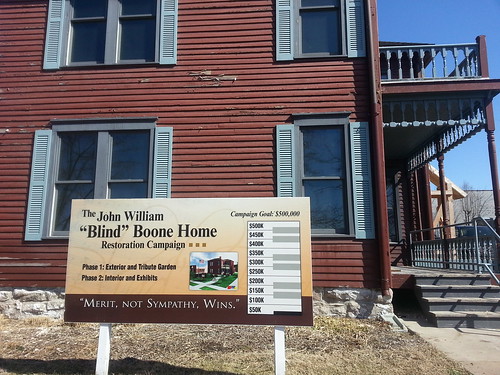 Photos from the job site show significant interior renovation progress, seven years after City Hall -- which purchased the home in 2000 -- painted and repaired the exterior during the project's first phase.

A member of two minorities -- Boone was black and blind -- his personal motto -- "Merit, not sympathy, wins" -- has stood as an ironic reminder on an aging sign announcing the Phase 1 exterior and Phase 2 interior remodeling (click pix for larger photos).

"Racism" has been a "at fault" for the long delay, a former city government official told this publication in 2012 on condition of anonymity.   A retired Mizzou professor involved for years in historic preservation also blamed a powerful downtown constituent. 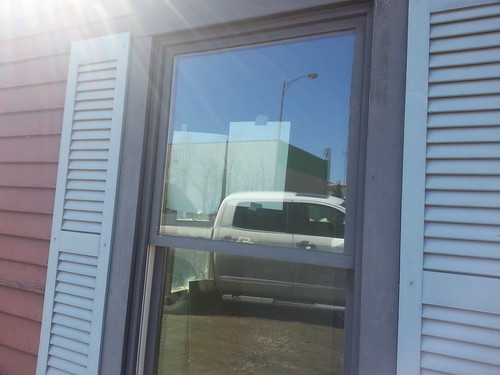 "This individual competed with the city to get [the home] from [former owner] Harold Warren" he told the Heart Beat, also on condition of anonymity.   "When that didn't happen, he simply decided to stand in the way of ever renovating it.  The city will talk about restoring it forever, but it will never happen." 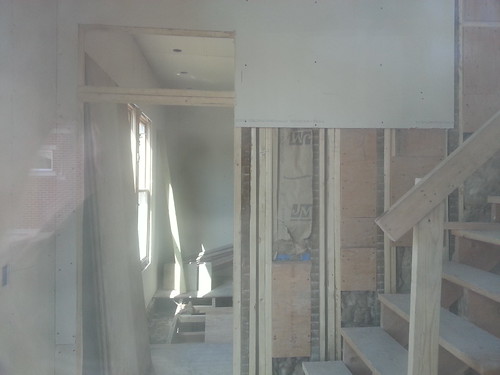 It is happening, however, two years after a widely-reported public campaign promise to restore the home.

Columbia resident Khesha Duncan asked all five City Council candidates at a 2013 Muleskinners forum to get City Hall off its proverbial butt.   The candidates unanimously agreed that city government needed to step up and get the historic home renovated and open to the public. 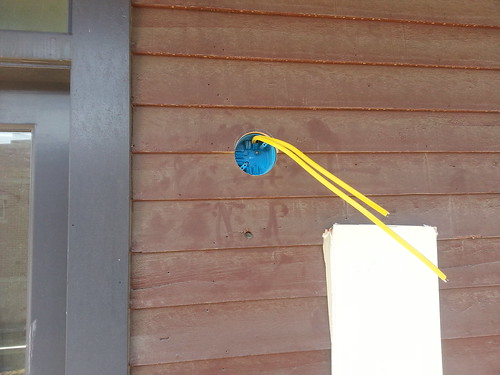 "We need to get the Blind Boone Home finished!" said 3rd Ward Councilman Gary Kespohl, the incumbent that year.   "We need to complete those renovations." 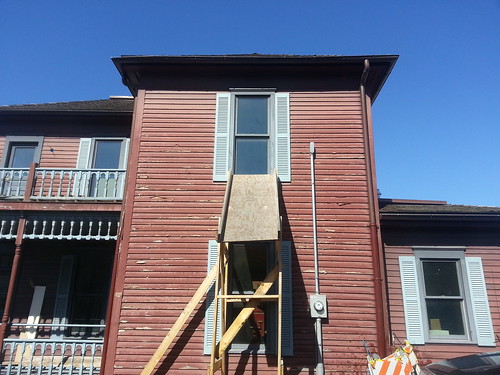 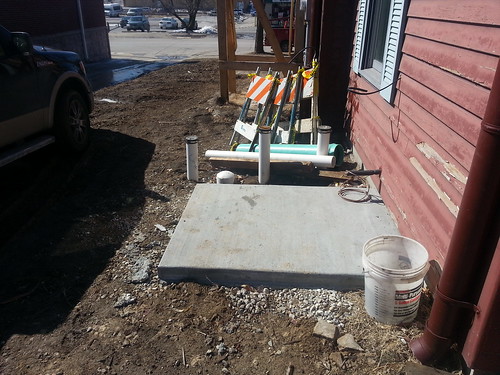 Progress restoring the Boone Home marks the second example of the power of public dissent to shape political will this publication has reported in as many days.

Dissenters and status quo critics -- residents who speak out about Blight, tax incentives, skyrocketing utility bills, and the sorry condition of city-owned properties that don't house highly-paid administrators -- have been under significant attack in recent months. 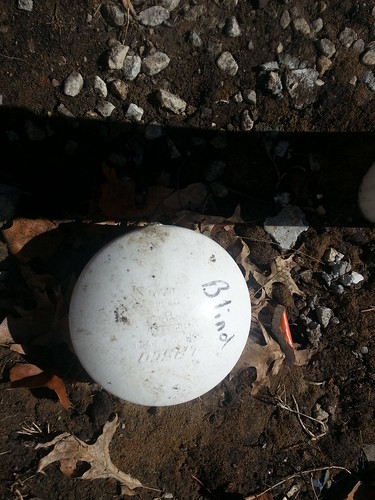