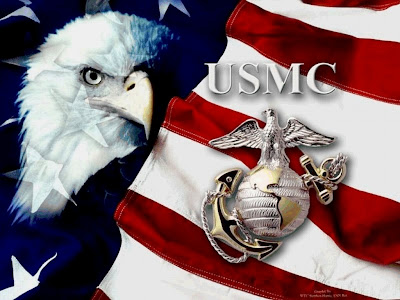 "In the last eight months, this cancer has taken Dad's vision, his ability to speak easily and clearly, his ability to walk without the assistance of both a walker and someone holding onto him, and his ability to swallow," Jennifer Truesdale, who works in the University of Missouri-Columbia residential life office, wrote Truman Hospital chief of staff Lana Zerrer, M.D. on April 19, 2010. "He now weighs a mere 120 pounds and is very weak."

Truesdale forwarded the letter -- with permission to quote it -- after reading a Heart Beat story Sunday about a VA Inspector General's report critical of the Truman VA Hospital, later picked up and widely reported by other local news organizations.
Land where my fathers died
A damning indictment of a government health care program at precisely the time politicians and planners are trying to sell the nation on the benefits of Federal medicine, Truesdale's six-page letter is a daily diary of unfortunate events in the life of a new VA patient.
The letter also highlights a dirty little secret of budgetary politics: Sending our nation's men and women into harm's way is virtually always a budgetary priority, while caring for them on their return home often gets short shrift. Funds for Health Care of Veterans $1 Billion Short, read a 2005 Washington Post headline, typical of hurdles the often-beleaguered agency has faced over the years.
To make her point louder and clearer, Truesdale copied her letter to VA administrators and medical staff; state representatives; senators; and President Barack Obama.
"We received the letter and have discussed the issues with the writer. The concerns expressed have been and are being addressed by VA medical center leadership," Truman VA Hospital public affairs officer L. Stephen Gaither told the Heart Beat.
"I feel that seven of the few remaining days my father has left were wasted at the VA," Truesdale wrote. "Instead of being able to enjoy my time visiting Dad, I had to constantly police his care."
Home of the brave

Truesdale's father, retired Marine Corps Lt. Col. Roy B. Truesdale, lives in Jefferson City, where she moved from Columbia "about 7 weeks ago to care for him around the clock with the help of hospice services," Truesdale told me. "I checked my father into the palliative care unit of the VA in Columbia on Friday, April 9, 2010 in hopes of returning to work, but demanded that he be discharged on Thursday, April 15, after repeated attempts to remedy deplorable conditions and negligent care were unsuccessful."

The only family member able to care for her father locally -- cancer claimed Truesdale's mother six years ago, and her sister, a US Army Major stationed at Ft. Bragg, NC, has been unable to take leave -- Truesdale left her Mizzou position under the Family Medical Leave Act.
She is not paid for her time off, and with her 12-week leave dwindling, Truesdale says she contacted the VA Hospital "to explore what options for my father's care they might provide so that I could return to work. He has no private health insurance and limited assets."
Considering her father fortunate to be admitted so soon -- the VA has a long waiting list for end-of-life palliative care -- Truesdale viewed the organization as "truly our only option."
Meeting with hospital physicians, Truesdale provided "a full medical history and medication list, giving specific instructions for how and when certain medications should be administered" including that Nystantin -- an oral medication that guards against fungal infections -- be swabbed into her father's mouth because he couldn't swallow well.

Lt. Col. Truesdale, his daughter said, could not communicate verbally, and nursing staff would have to respond in person if he pushed an intercom button to call for help. His medical records showed "that he is nearly blind, unable to speak easily or clearly, unable to walk without assistance, and can only take food and water through a tube," Truesdale explained. Pressure on her father's brain from the growing tumor, she added, kept him asleep nearly 20 hours per day, making it virtually impossible for him to monitor his own care.
"It was with a heavy heart that I took my father to the VA to live out his final days," she wrote Dr. Zerrer. 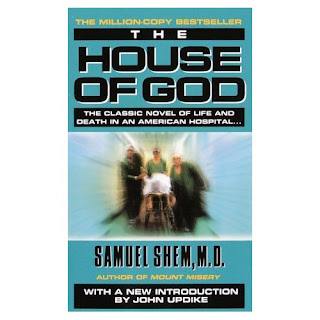 House of God
For Truesdale and her father, The 13th Law of the House of God -- Samuel Shem's classic satire on life at a metropolitan hospital -- would express itself almost hourly: "To Deliver Good Medical Care, Do As Much Nothing As Possible."
On her April 9 check-in to the palliative care unit -- the Truman Living Community Center on 3 East -- "nursing staff did not seem aware that we were coming," Truesdale wrote. "They had none of my father's medical records and were unaware of his medical condition."

In the hospital room, dirty floors, dingy paint, and a "large cockroach in the bathroom" greeted father and daughter.
Small things -- from lights that wouldn't shut off during the evening (maintenance staff had to remove the light bulbs) to a dirty bathroom with "bloody urine on the toilet bowl" presaged larger problems. "A nurse earlier in the day poured Nystantin directly into dad's mouth instead of using an oral swab, and he choked," Truesdale wrote.
Lt. Col. Truesdale also fell because a much-needed walker hadn't arrived. "Dad called for assistance in getting to the bathroom, but said no one came to see what he needed, so he got up on his own and subsequently fell again," Truesdale wrote. "Fortunately, he was not injured."

Two days later, her father's room and bathroom "still had not been cleaned," Truesdale wrote. "I took pictures." It would be Monday -- three days after Lt. Col. Truesdale checked in -- that his room would be cleaned and Tuesday -- four days after check in -- when he finally received a walker to get around.

Basic hygiene became an issue when a registered nurse (RN) didn't know when Truesdale's father would be bathed. To clarify, a supervisory charge nurse said her father "should have been bathed the day before, but was forgotten for some reason," Truesdale wrote. "She also said someone should be coming by daily to pick up Dad’s laundry, but I told her no one had."

Over the next two days, Lt. Col. Truesdale would ring for nurses without success; get one bath; and tell his daughter he was hungry one evening because "no one fed him lunch. He called for a nurse several times beginning at 2:00 p.m., but no one ever came."
Truesdale hit the breaking point when problems arose that she considered life-threatening. To aid his difficult swallowing and breathing, Lt. Col. Truesdale needed water with every tube feeding; a daily respiratory treatment; and several medications.
But "I was alarmed to discover that, since his admission on Friday, Dad had not been receiving two of his medications at all, and was receiving Nystantin only twice daily instead of four times daily," Truesdale wrote Dr. Zerrer.
Lt. Col. Truesdale, the charge nurse explained to his daughter, "had fallen through the cracks."
On Thursday, April 16 -- just six days after she had checked him in -- Truesdale told a charge nurse to prepare her father's discharge papers. "I was taking Dad home that evening due to negligent care," she wrote.
Institutional imperatives
"As an institution," the VA's Gaither told me, "we take every issue/complaint from a patient or family member seriously. There are a variety of mechanisms to assure that these issues are communicated."
Daily management reports, meetings, fact-finding missions, and dispute resolution highlight the so-called "root cause analysis" work of VA rapid response teams, process action teams, and formal boards of investigation, Gaither explained. 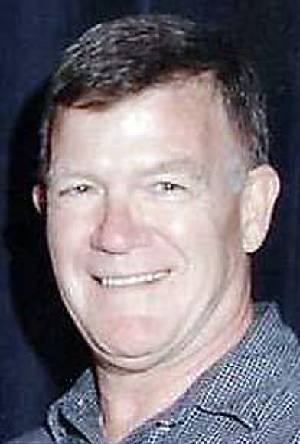 Referencing the Inspector General's report, Gaither said the entire Department of Veterans Affairs health care system "undergoes continuous oversight monitoring from a wide variety of organizations." Among them, the College of American Pathologists and the Government Accounting Office. "Please be assured that most, if not all, of these oversight reviews have underscored the overall cleanliness of Truman Memorial VA."
Fathers and daughters
Truesdale agrees that VA hospital personnel try to deliver quality care.
Sympathetic physicians "genuinely listened" to her concerns, and Truesdale wrote that she appreciated their sincerity.
But for reasons that probably have more to do with organizational failures than individual initiative, the VA's medical team did not improve her father's care.

"I believe that the VA probably provides sufficient care to patients with greater independence than what my father possesses," Truesdale wrote. "However, I am gravely concerned about the welfare of significantly disabled patients such as my father, who may not have family members like me."

Colonel Truesdale died June 5, 2010 at his home in Jefferson City.
[Ed. Note: Since Truesdale wrote about her father's care, life for America's veterans has improved remarkably and in virtually all situations, from chronic illness to homelessness.]