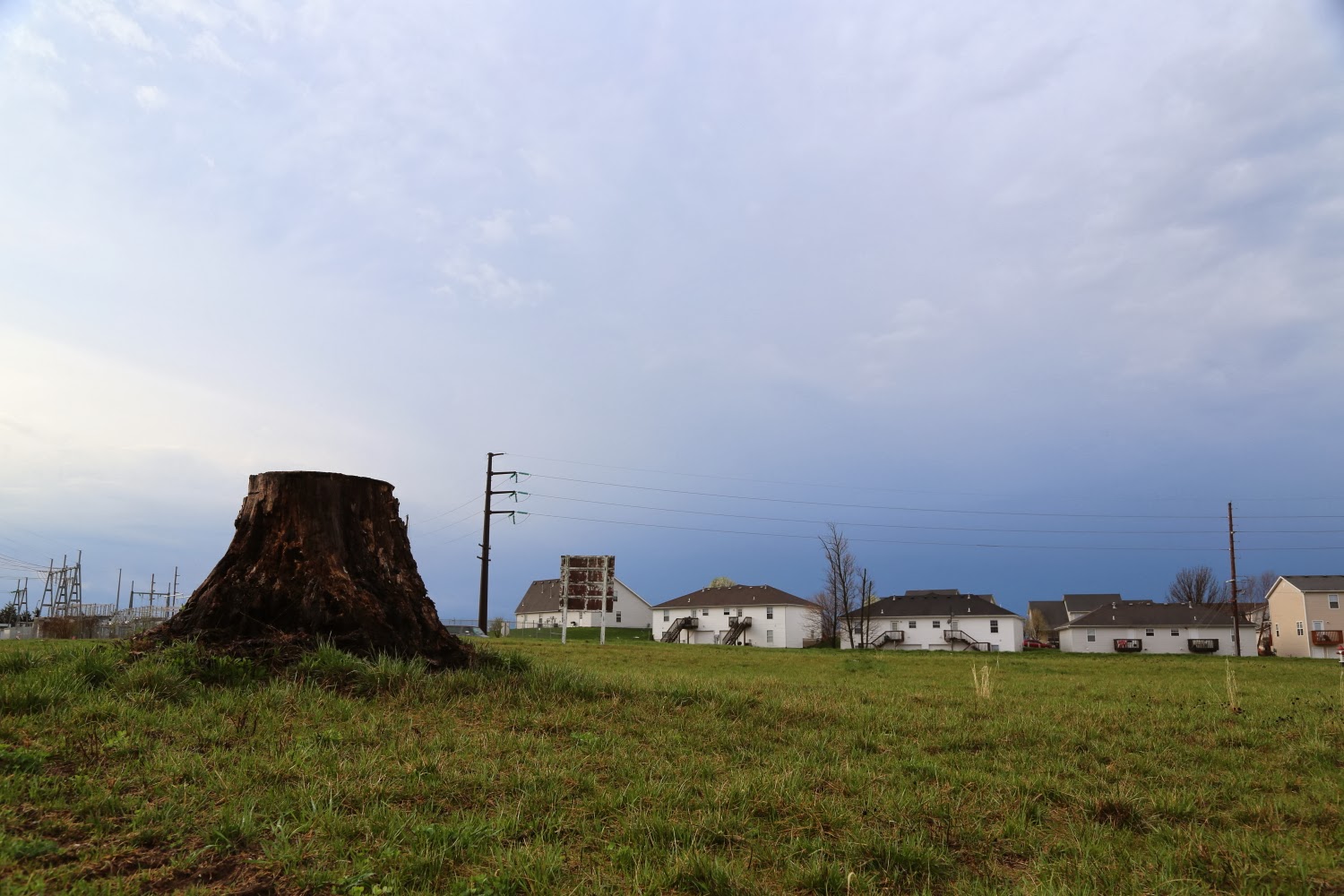 By Matthew Schacht, Special to the Columbia Heart Beat

Without trees and other vegetation holding the Earth together, soil now tops a silt fence along the parcel’s northern boundary. Rain speeds the erosion, slopping sediment into an unnamed tributary of Hinkson Creek.

After construction is complete, apartments on the parcel will house several hundred students within sight of a Wal-Mart Super Center. On such a prime location, the apartments are valued by the City of Columbia at over $23 million dollars.

But the land itself is assessed by Boone County at less than $300,000, making it cheap to keep for development opportunities like this one.

As the city grows, saving trees has become a priority.

Since 1976, the city estimates Columbia has lost about half of its pre-1976 woods.

The city has put a dollar amount on tree loss in one or two reports.  But ecological benefits provided by trees -- clean air, clean water, erosion control -- are not routinely quantified when a developer asks permission to topple them.

The real estate market undervalues trees, former Columbia Mayor Darwin Hindman says. Though he generally avoids talking politics since leaving office in 2010, Hindman is concerned about the future of Columbia's forests, which has become a political issue.

"If someone wants to build a subdivision and knock down all the trees...the developer hasn't lost," Hindman explains.  The real costs of tree removal -- erosion, less wildlife, and air quality loss -- are "absorbed in remote ways" by the rest of the community, he says.

During Hindman’s tenure as Mayor, Columbia grew by 28 percent -- more than 24,000 residents.  Although a slackened economy since 2008 had put the brakes on rapid growth, development is once again steaming ahead.  Real tests of the city's commitment to tree preservation are an inevitable consequence of the building surge.

"As financial opportunities improve," Hindman says, "that's when you can tell how things are really going."

"Development is fired up in a big way," Matthes says.  "It's a big change from two years ago."

City-issued building permits for residential construction in 2013 are up 60 percent over 2011.  More permits mean more money in development projects.

Columbia appears to be entering another building boom, Matthes says, sipping coffee in the lobby of City Hall.  "The developers are back."

Any action to close the loopholes, however, may conflict with city government's own growth planning. Columbia needs more residential development to keep pace with population growth, city planners explained in a recent report.

Next:  A battle brews