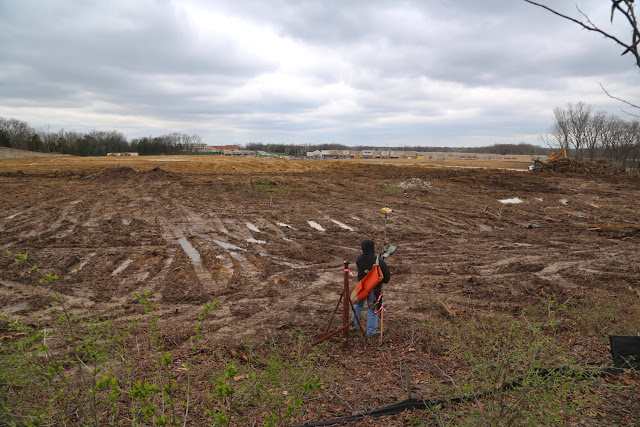 Part 4 of a series
by Matthew Schacht, special to the Columbia Heart Beat

While the community earns praise for protecting trees with legislation and public awareness, it still allows forests to disappear at an alarming rate.
In his cubicle on the third floor of City Hall, GIS analyst John Fleck points to a map showing Columbia's remaining climax forest - mature maples, oaks and other native species. These old woods are almost gone within city limits.

For years, Fleck has managed a database called the Natural Resources Inventory, which uses aerial photographs and on-site surveys to catalog Columbia's geography, plant life -- and development. A seven-year-old joint venture between Columbia, Boone County, and the University of Missouri, the inventory contains millions of data points that help illustrate the disappearance of climax forest, which brings with it a painful irony.

Developers are partly -- but not entirely -- to blame for the loss, says urban forestry consultant Josh Behounek. "If you go to the newer subdivisions, you can see where there used to be woods, but the developer clear cut them and put up houses," he says. While Mother Nature can't start over, "it's easier [for developers] to start from scratch."

Tree loss will increase as Columbia grows, former city arborist Eugene Basteed predicts, despite city staff's good intentions.
Basteed worked for the city during Columbia's last construction boom in the 1990s and early 2000s. Under his watch, old trees fell almost every day. "Building permits were being pulled almost daily," he says of the early 1990s. "Ground was being cleared daily. People were watching whole woods getting pushed down."

A grim future lies ahead for Columbia's remaining forests, Basteed says. It's a prediction informed by years of watching land excavation take precedence over tree preservation. "I've been studying these issues my whole life, and I don't have any answers," he explains. "What I have learned, though, is that man is a destructive animal."
Photos by Matt Schacht and Kile Brewer.  Graphic by Libby Burns.