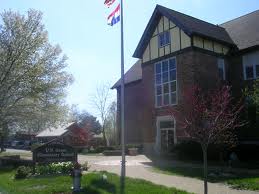 s this public-private partnership a first step toward Charter Schools?
Part 1
Part 2
Chartering new territory?
Grant's Montessori closely approximates a so-called small autonomous school, albeit a tucked-away one, in the heart of a public elementary. A new initiative in Columbia, the small autonomous schools movement has entered Ridgeway, Lee, and Benton elementary schools.
The Grant Montessori may be the district's first small autonomous preschool.
Charter schools, small autonomous schools, and other attempts to introduce a private component to improve public education can actually have the opposite effect, argue Ricardo Rosa, Ph.D. and Joao Paraskeva, Ph.D., who specialize in curriculum and educational leadership at UMass-Dartmouth.
The private component -- with its focus on wealthy donors and prominent board members -- can exacerbate, albeit unintentionally, subtle inequities that favor the wealthy, further segregating the poor, Rosa and Paraskeva explain.
As public-private schools pick up slack in wealthier neighborhoods -- where voter turnout and political muscle is more pronounced -- the professors worry that community pressure to halt corporate tax breaks and inequitable funding of public schools will diminish. They view small autonomous schools as a "back-door initiative to establish more charter schools at the expense of public school resources." Unions -- already weak in Columbia -- are undermined in the public-private push; teacher priorities further sidelined.
"Small autonomous schools are a myopic solution that further exacerbates the defunding of public schools for the majority," Rosa and Paraskeva say. They've joined an increasingly high-profile battle against them in their hometown of New Bedford, Mass., where an argument about public resources being diverted to public-private partnerships is presently raging.
And yet -- something needs to be done about declining resources. If political leaders don't have the will to say "NO" to corporate welfare, they leave few choices to local districts: raise property taxes; take on bond debt; or form partnerships. The key to the Grant Montessori partnership probably lies somewhere on the person of Beverly Borduin. But she's been so involved with the vision thing, she didn't even know she had two hedge fund partners.
Borduin knew John Wright was in money management, but she hadn't even heard the name Mick McGuire.
Visionary in Chief
So will Grant Montessori's private component -- and autonomous policy-making -- gradually drown out the public component, and the low-income kids already living toward the bottom of the priority pile?
I'm already seeing the first signs of insiderism -- Wright's father, John Riddick, running CPS benefit plans.
I worry that a buy-in price -- the $50,000 to $100,000 seed money -- may push out the possibility of other educational firms competing against Rollins Reading for contracts to run Grant Montessori, a public necessity that can be lost in a public-private schema.
I wonder why two hedge fund managers are this involved in a taxpayer-subsidized startup. Education is supposed to be the next healthcare -- big money in the near future. I have no doubt there's a home-grown philanthropic angle to Rollins Reading -- a non-profit -- but it's not realistic to pretend that future for-profits are nowhere on the horizon.
Mostly though, I worry that Beverly Borduin -- visionary in chief -- may get sidelined. Watching Eco-Schoolhouse, the film about her pragmatic struggle to replace Grant's classroom trailer with an innovative nod to sustainability let me in on her touching and heartfelt personal story. She can be a stern taskmaster on the one hand, a gentle facilitator on the other.
Most of all though, Bev Borduin is a believer -- in every sense of the word.
When I expressed surprise that she was not on the Grant Montessori board of directors, she asked me what I thought her position should be.
"Chairperson," I said, without hesitation.
Part 1
Part 2