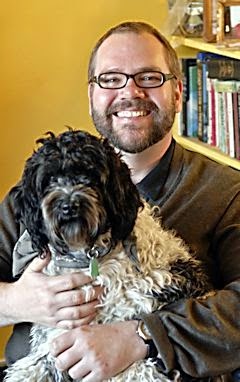 Who can you believe at City Hall?

The push for a TIF district, with its handouts to special interests and diversion of tax dollars from schools and libraries, prompted the trust question.   People had an inkling something fishy was afoot, and started asking, "Whom can we trust to be straight with us?"

Now, the Opus student apartment debacle -- a cavalcade of lies that just keep compounding -- has made TRUST the Number One Issue at City Hall.

Where did Mayor Bob McDavid's admonition "Never stand in the way of an engaged citizenry" go?  He famously said that after championing Blight/EEZ then voting against it.  On the equally unpopular Opus project, however, the Mayor is firmly dug in.  Why is he so invested?

What about Ginny Chadwick and Michael Trapp, who campaigned as "populist progressives" on platforms of "listening" to John and Jane Q. Average?   Remember cuddly Mike and his "Bichon Frise"?   "He walks to work and comes home each day for lunch and to walk his little dog, Fido," read Trapp's heartachingly voteworthy campaign website.

What about Councilwoman Chadwick's hokey campaign slogan -- "The Key to the City is the Voice of the People"?

Out the window, apparently, with one out-of-town developer's mediocre project.

After several revisions, iterations, and rehabilitations (out of the blight business and leading a transformed REDI, Mike Brooks has come up several notches), The CoMo City Hall Leadership List:  From most to least trustworthy is presented here.   Do you agree with the order?  Disagree?  Feel free to re-order at your pleasure.
1.  Stephanie Browning, public health director