The only thing missing from a Chronicle of Higher Education (CHE) story this month about married faculty couples at Mizzou is murder (though the murder weapon lurks nearby).

"I have a very large, nasty ax to grind with my department," wrote University of Missouri philosophy professor Zachary Ernst in a blog essay the story quotes that went viral.   "If you want a good picture of the ax, try to imagine the heaviest, most blunt, blood-soaked ax in the world's worst horror movie."

The nation's best-known college education magazine, CHE profiles two professor-couples who "turned the philosophy department into a battleground," writes reporter Robin Wilson.
Ernst and wife Sara Rachel Chant fought their peers;  Sara Bernal and Philip Robbins fought each other.  Together, the warring spouses scorched the department with charges of love affairs, sexual harassment, gender discrimination, and shouting matches that echoed in the halls.

Described as "a somewhat isolated Midwestern town on the way to nowhere," Columbia can be a tough sell for top talent.  The incentive package often includes hiring a coat-tail spouse.   "Nearly every faculty search, it seems, ends up involving a professor with a spouse or partner who needs a job," Wilson writes.  "For academic couples, landing two faculty jobs on one campus is a dream."

But the dream can be costly.   For students, coat-tail spouses may be taking jobs away from more qualified professors. Taxpayers pick up the tab for creating a job where none exists (a common practice to accomodate a spouse), and paying two salary/benefit packages to get one new hire.

Faculty peers, meanwhile, may have to navigate a whole new set of landmines in an environment -- academic politics -- notorious for its touchiness.

"Academic couples in the same department can be heaven and hell," Robbins told Wilson.  "It's wonderful if you can get two jobs in the same place, but when it goes wrong, it can go very, very wrong."

Professor Robbins should know.   His marriage disintegrated in full view of his peers, with wife Sara Bernal filing unsuccessful sexual harassment charges against him with the university and Missouri Human Rights Commission.

Her claims followed a shouting match in his office and years of stress at home.   With a two-year old son and a pending divorce, Bernal said she took to shoplifting as she grew more depressed.   She was arrested in 2009, but no charges appear in court records.
Caught in the middle, philosophy department chair Andrew Melnyk assumed an unwelcome administrative duty: marriage counselor.

Like two teenagers, Philips and Bernal asked Melnyk to "make the other stop" saying mean things in texts and emails, Wilson reports.   Bernal accused her husband of an "improper relationship with a female undergraduate while he was an assistant professor at Washington University," a charge he denied.   Philips reportedly gossiped about Bernal's shoplifting problem.
"Melnyk says he was shocked at the couple's hostility," the story explains.
Melnyk was himself the object of complaints after a faculty committee approved tenure for Zachary Ernst but denied it for his wife.   Among other complaints, Sara Chant, the tenure committee said, did not publish enough solo papers, instead co-writing with her husband. 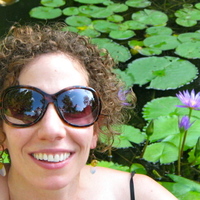 Chant dismisses those arguments, partly blaming allegations circulated in the department that she had an affair which "crushed" her husband.   She also said Melnyk "made comments about her body, her clothing, and about how her good teaching evaluations probably were based on her looks."   She filed grievances claiming gender bias, sexual harassment, and hostile working conditions.
"There's a huge long laundry list of things I'm accused to have done," Melnyk told Wilson, denying the most serious charges.
Chant's expectations must have been high:   Along with higher salaries, the department paid to transport her horses from Florida and agreed her dog, a Great Dane named Alexander, could come to her class and office.   Chant's students mostly lavish her with praise, while giving Alexander mixed reviews on RateMyProfessors.com.
"She brings her Great Dane to class which is very cool."
"The Great Dane was distracting."

Both distracting -- and "very damaging to the reputation of the department," Melnyk says -- have been several online essays taking Chant's side from a surprising source:  her betrayed husband.   Zachary Ernst has taken to blogs and social media not only defending his wife's honor, but joining her allegations of sexism against Mizzou and condemning the system behind their travails.

Ernst's essays have become so high-profile that he headlines an Oct. 24 Slate.com article about tenured professors quitting academe.
"I propose the First Law of Academia: There is nothing so stupid that it can't receive faculty support," Ernst writes in an aptly-entitled piece, How to Become Hated, which cites Mizzou football coach Gary Pinkel as Exhibit A.
"I have heard many professors defending the outrageous expenditures for athletics, including our football coach's $2.3 million per year that he drains from the university in guaranteed salary (not including bonuses, of course)."

Though Sara Chant's tenure denial was eventually reversed, her grievances keep piling up.  She filed a lawsuit against Mizzou in September, Wilson reports.    Neither she nor her husband have much to do with their department peers anymore, the tension so thick you can cut it with an ax.

"As a couple, when something ugly happens," Ernst told Wilson, "you're in the same boat."

(More later on Zachary Ernst and the social media generation's new approach to politics and power.)
-- Mike Martin for the Columbia Heart Beat