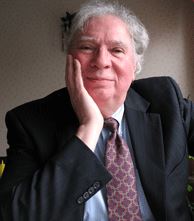 When weaknesses are strengths

And its most stubborn.  And knowledgeable.  And difficult.  And forthright.  And hard to get along with.  And vocal.  And transparent.  And committed.

Get my point?  Clark -- who has filed for the First Ward seat Ginny Chadwick vacated -- has many of the best -- and worst -- traits of a Man of the People, a representative in a democracy.  And at this point in Columbia's wild and crazy recent history, Clark's worst traits may prove among his best.

But does city manager Mike Matthes?

What about Mayor Bob McDavid?

And where Chadwick, Matthes, and McDavid are on the other team, the Town Boss Team, Clark has proven time and again that he's squarely on the People's Team.   Besides:  do First Ward residents really want another wimpy paternalist to face the Mayor, city manager, and legions of pushy special interests?

Do we need more Council members who prefer to scold the People rather than face down the Machine our Town Bosses have so carefully assembled over the years, to enrich themselves at our expense?

10.  Great attendance record.   Clark already attends -- and frequently speaks -- at almost every Council meeting and dozens of city board, commission, planning, and visioning meetings besides.  Residents can rest assured he won't miss meetings.

9.  Co-founder of key neighborhood association.   Long before North Central Columbia -- the First Ward neighborhood around Columbia College and the North Village Arts District -- became an artsy, hip, Bohemian place, it was a crime-torn no-man's (or woman's land) struggling to right itself after years of segregation and City Hall neglect.  Amidst the chaos, Clark and Linda Rootes founded the North Central Columbia Neighborhood Association, to focus on bread-and-butter issues like code enforcement, crime reduction, and historic preservation.  To this day, NCCNA remains the city's most active, most prominent neighborhood association.

7.  Excellent written communicator.  Best known for his verbal verbosity, Clark can be a walking filibuster.  But his written communications are just the opposite:  concise, pointed, thoughtful, easy to follow.  Constituents can bet he will answer all emails, texts, and so forth in a similar style.

6.  The Establishment hates him.   Between Opus, the student apartment explosion, the unending utiilty bill scandal, and the trail of mischief from City Hall, most Columbia residents FINALLY understand the system is rigged against them.  Appearing on bended knee before Establishment types is NOT going to make Joe and Jane Average Citizen better off.  The only way that happens is to fight the Establishment for a fair share, a task for which Mr. Clark is well suited.

5.  Has a lot of good ideas.  Too many, some believe.  But in an era of government in thrall to special interests whose first interest is to preserve the status quo, good ideas about positive change are more than welcome.

4.  Not a good listener.  Since when is this a good trait?  Since the Town Bosses (and their lawyers, engineers, PR flacks, etc, etc.) deluge City Hall with special interest gimmes, chewing the ears off passive-aggressive, eager-beaver Council members.  First Ward residents can likely rest assured Clark will not play along, if for no other reason than he's simply not listening to the pitch.

2.  No one knows city policy better.  Clark's #2 strong suit.  If you've ever worried about senior city administrators buffaloing and bullshitting Council members, #2 is a great reason to Vote Clark.

1.  "Bread and butter" issues are his strongest suit.    From slumlords to sewers, crime to codes, John Clark knows the issues that affect the First Ward, and from an a-political perch that's neither Democratic nor Republican, liberal or conservative.

When he was on his game as an NCCNA leader, Clark did more for basic neighborhood health -- from cleaning up vacant lots to cutting down on home robberies -- than any ten city administrators.  Now that City Hall has once again painted a bullseye on central Columbia -- chomping at the bit to redevelop the area for Town Boss expansion and enrichment -- the Ward needs a bread and butter Council member more than ever.

I've criticized Clark as much as anyone, but let me say again:  at this point in Columbia's wild, wacky, student-apartment, developer-happy, Town Boss-infused history, John Clark -- if he turns away the Kool Aid and stays true to his public persona -- might make a good, even kickass First Ward City Councilperson.

The thought of Councilman Clark sitting next to Mayor McDavid -- with no time clock between them -- almost makes me giddy for that first, post-election meeting.