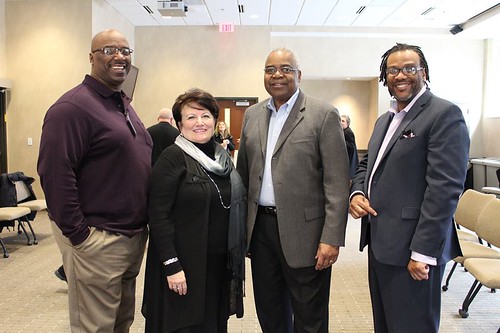 Introduced and adopted in September to much fanfare, the social equity plan is Matthes' top priority for 2016.   It seeks to reduce income and wealth disparities between Columbia's white and black residents that have existed for over a century.

That goal is partly what galls members of the group Race Matters, Friends.   This random selection of recently-hired city consultants illustrates their point (click chart below for larger image).

"At first blush, it can appear that the City is perpetuating (unconsciously?) the very economic inequality they say they are fighting," added Race Matters leader Traci Wilson-Kleekamp, in a dialog that characterized the comparatively paltry pay rate as "slave wages" and "poverty pimping disguised as progress."

Matthes introduced Cobbins, a well-known black leader, and Hubbard, his long-time partner at Columbia's recently-closed Imani Mission Center, saying "they possess the talent the city is missing."
"The new partners have the skills necessary to bridge the gap between the city and the community and they understand neighbors' needs," added city communications director Steve Sapp. 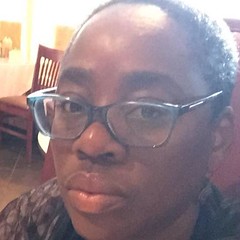 In other words, city administrators consider Cobbins and Hubbard "expert consultants" in their respective fields.   But few if any expert consultants are available at under $100/hour, with hourly rates often hitting the mid 3-figure level  -- and City Hall gladly paying.
Columbia City Council members frequently spark controversy for approving what many consider exorbitant consulting fees.   The latest example is an $817,300 contract with HDR, Inc. for sewer design work.
Compare that figure to how much the two other Strategic Planning Partners -- Missourian columnist Carl Kenney and Columbia School Board member James Whitt -- will receive:  $48,000 and $36,000 lump sums, respectively.   How many hours they will ultimately work is unclear.

Murky details like that have prompted Wilson-Kleekamp to file a Sunshine Law request for information about the Strategic Planning Partners hiring process.

A member of Race Matters, Friends until recently, Kenney "would not share the proposal he submitted to the City with us," Wilson-Kleekamp explained.   "The request is an attempt to both be included in the decision-making process and give input."