Homeowners and renters prepare for a jolt; Matthes wants to buy Ameren site with "cash reserves"

Matthes introduced the unprecedented round of hikes -- which ignore a city utility surplus of over $144 million -- at the City Council's August 18 meeting.

This publication introduced the electric rate proposals in part one.

Nicknamed "Matthes' Revenge," the rate increases have a disproportionate impact on the low, middle, and upper-middle income consumers who have opposed most of the city manager's policy proposals since he took office in May 2011.

The figures represent the annual revenue difference between rates included in a 2012 "cost of service" study and increases Matthes recommends for each customer category, Weitkemper explained in a follow-up email.   At the beginning of the present fiscal year, Columbia Water and Light serviced 40,897 residential, 5,436 small general service, 1,037 large general service and 36 industrial electric customers.

The electric rate hikes are especially egregious, Weitkemper notes, because the city's cost of service consultant, Utility Financial Solutions of Holland, Michigan, recommended significant increases for business and industry consumers in the 2012 study: 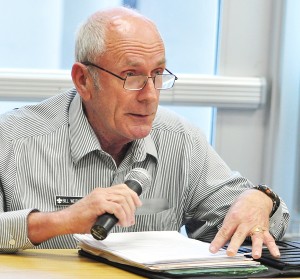 But Matthes and his team "did not follow the 2012 cost of service study," Weitkemper explained.

Meanwhile, residential customers are hit with a whopping 72% increase, regardless of usage.   Matthes has proposed no change in a proposed hike for large general service customers.

The 2015 rate and fee increases follow dozens of similar hikes in recent years.

Mayor Bob McDavid presided over a 2% electric rate increase in 2010.  Since taking office that same year, Dr. McDavid has approved rate and fee increases on virtually every city service while promoting the need for young workers, good jobs, and a low cost of living.