Assistant city manager at forefront of tax incentive projects failing to do due diligence?

COLUMBIA, 9/14/12 (Op Ed) -- This week's eruptions at the Tiger Hotel and Columbia Star Dinner Train are calling into question the judgment of long-time Columbia assistant city manager Tony St. Romaine, who has championed the city incentives both projects receive from local taxpayers.
Tiger Hotel owner Glyn Laverick, partner Lara Wiechula, and hotel manager Jim Pidcoe angered Georgia Bulldogs fans with what many have labeled a "bait and switch" hotel reservations scheme.
Dinner Train managers fired a second employee for belligerent behavior, this time a racist rant against Eapen Thampy, a former Columbia resident the employee had invited to attend a Christmas train ride.
Meanwhile, the TIF-supported Regency Hotel do-over is still a crater in downtown Columbia as owner Dave Parmley struggles to get financing; and a second giant parking garage -- Garagezilla, Jr. -- attached to the future hotel is $3-4 million over its already $9 million budget.
The common threads in these tax incentive projects are St. Romaine and City Council members who go along with his advice, voting to approve projects he has either failed to adequately research, or ignoring research readily available from other sources.
The Tiger Hotel public relations disaster comes 18 months after this publication -- citing half dozen newspapers in the U.K., Canada, and Marshall, Missouri -- wrote about Mr. Laverick's past performance -- the best indicator, financial analysts say, of future results (which is why we have credit reports that go back 7-10 years).

The Columbia Tribune and KOMU news later picked up the story.
About his past performance, "Laverick has conducted business like he's always conducted business, leaving a path of destruction and disappointment," said John Gray, the Mayor of an Ontario town where Mr. Laverick presided over a disastrous theatre renovation.
But both Council and city staff ignored this widely-reported information when they unanimously voted to approve a $1.8 million TIF transfer from former owners John Ott, Dave Baugher, and Al Germond to Laverick.
Fast forward to yesterday, when St. Romaine told the Columbia Tribune, "We know from talking to [Laverick] that he has not sought a construction loan. It’s basically being financed by himself and a consortium of private individuals."

How St. Romaine can say -- with a straight face -- that City Hall knows anything about Mr. Laverick's finances from the mouth of Mr. Laverick is so baffling it defies belief.

More importantly, St. Romaine's continued reliance on Laverick's word continues to represent absence of due diligence taxpayers deserve.
Former Councilman Karl Skala, who has voted for and against TIF projects, summed up the conundrum Council members face in a public Facebook post. As volunteers themselves, they are only as good as the information city staff -- meaning St. Romaine and his peers -- give them, and to which they choose to listen.
"I suppose you could make the argument that the Council should have known earlier and/or should have insisted that Staff provide information regarding any loan difficulties," wrote Skala, who was on the Council when the Tiger TIF started to tank under Baugher, Ott, and Germond when they couldn't get renovation loans. "But the reliable and detailed information upon which to make that decision was not offered to the Council by the Staff or the TIF Commission, to the extent that they were each involved.
"At any rate, all of this predated the Laverick transfer, which was the real disaster."


The same due diligence lapse has overshadowed the city-subsidized dinner train, still reportedly without a long-promised ADA-compliant car. 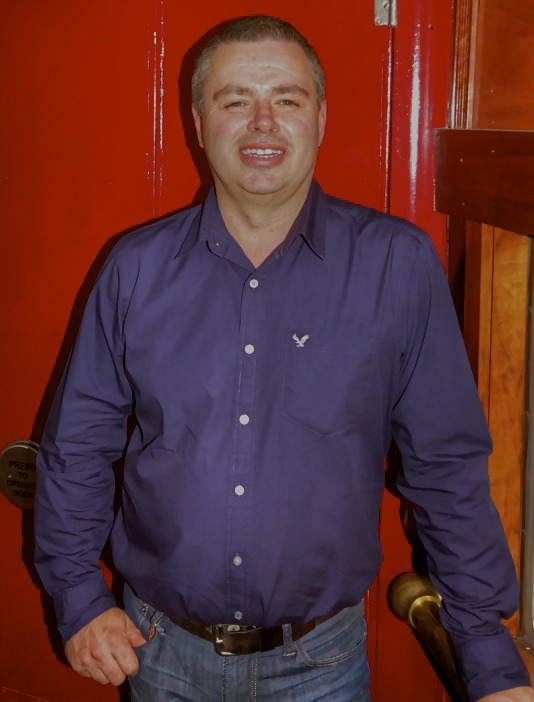 A Columbia Disabilities Commission researcher did his own due diligence on dinner train owner Mark Vaughn and then-manager Greg Weber, but St. Romaine reportedly ignored the information.
In a letter to fellow commissioners and then-Mizzou ADA specialist Troy Balthazor, the researcher said he "talked to quite a few people across the country and no one in the dinner train business had ever heard of Mark Vaughn or Greg Weber. Among many things I don't understand is if these guys started 14 dinner trains, how come nobody in the industry knows about them?"
The researcher openly worried Vaughn and Weber had "bamboozled" St. Romaine, and by extension, City Council members. "Tony believed everything Weber told him," the researcher said.
Weber was later let go as part of a "management shake-up" after his subordinate reportedly "threatened" the researcher.

In an uncharacteristic mea-culpa, St. Romaine later admitted that allowing Vaughn and company to proceed without the accessible rail car but with $65,000 from City Hall was "a mistake."