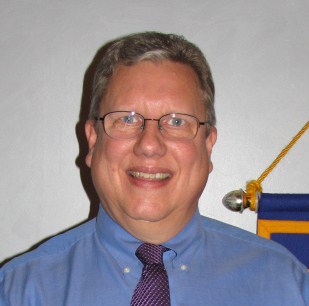 A public-to-private panacea?   Part 2 of a series

With help from Kansas City-based real estate attorney Deke Clayborn, Steinhaus named some of the entities for the Columbia-based public housing projects they would transform under the Rental Assistance Demonstration (RAD) program:  Stuart Parking Housing GP, LLC; Bryant Walkway Housing Development Group, LP, and so forth.

The filings -- with the Missouri Secretary of State -- were further indicators of CHA's pending transformation:  toward majority private ownership, but with public oversight for a contractually-specified time.

It's this for-profit side of RAD that has low-income housing advocates in other parts of the nation worried.

"Officials had been tight-lipped about the move until the Baltimore Brew broke the news the city plans to sell around 4,000 housing units to private developers through HUD's new Rental Assistance Demonstration (or RAD) program," online site The Real News noted, along with a video about RAD's impact.

At ground zero for racial strife after the Freddie Gray death, Baltimore public housing residents have been protesting RAD since last year as a means to "run over us and run us out," said tenant council president Sharon Jones.

Among Waters' worries:  "RAD permits public housing to be transferred to private nonprofit ownership in virtually all situations";  "RAD-related mortgage debt creates risks of potential default and foreclosure"; and the uncertain future of the Section 8 Housing Assistance program, on which RAD relies.

In November 2014, the Center on Budget and Policy Priorities reported the loss of 100,000 Section 8 vouchers during 2013.  RAD will move tens of thousands of publicly-owned units to the Section 8 rolls, "pitting" public housing residents against Section 8 recipients, Waters noted.

Another concern high on Waters' list:  the same lack of transparency that has Baltimore residents worried.  "Transactional documents of each RAD conversion are not generally readily available to the public for review," she wrote Mr. Obama.

"We're finding that residents aren't getting information about how the program works or what the impact is gonna be," Right to Housing Alliance organizer Jennifer Lewis said about Baltimore's RAD experience.  "There's been no transparency."

Media coverage in Columbia suggests the same problem.  Reporters are not critically analyzing RAD, but rather presenting it as the one and only savior of Columbia's aging public housing stock.   They often interview only CHA officials, who cheerlead the program, or tenants complaining about admittedly poor conditions.

No information about the program's operation in other states, or its local mechanisms -- the LLC's, partnerships, and private investors -- has been presented until now.

NEXT:  RAD pros and cons

Part One of this series:

VIDEO about RAD's impact in Baltimore