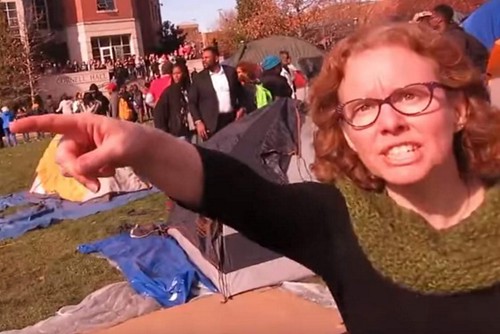 Dozens of news outlets picked up the story last night, the New York Times calling it "a divide over respect and rights."

Tai's encounter with the faculty members and student protestors was peppered with subtle and overt suggestions that should he not back away from the encampment, things could get rough.

Basler literally got in his face.   "Sir!  Sir!  I'm sorry, but these are people, too.  You need to back off," Basler said, about three inches from Tai.   "Back off from their personal space!  Back off and leave these students alone!" 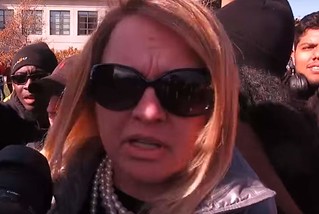 "We don't care about your job," several people yelled back.

The photojournalist kept his cool, trying to dodge Basler, raise his camera, and snap a photo.   But raised hands, and the crowd's increasing aggression, kept him back.

Tai expressed the irony that the US Constitution's First Amendment not only protected Concerned Student 1950's right to protest, but also his right to photograph people gathered in a public place over  the biggest news event in recent Mizzou memory.
Journalists across the country, meanwhile, have condemned the confrontation for
several reasons.
"Melissa Click may just be the biggest hypocrite in the entire Missouri student protest," wrote sportswriter Larry Brown, citing a Tweet Click posted Saturday.

"Hey folks.  Students fighting racism on the MU campus want to get their stories into the national media," Click Tweeted.   "Who among my friends knows someone who would want a scoop on this incredible topic?" 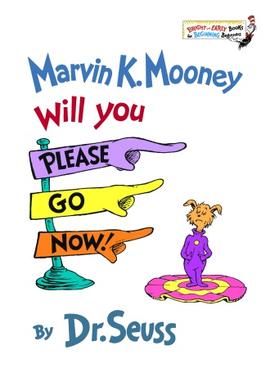 The most headline-grabbing exchange did not occur with Tai, however.

"No.  You need to get out," Click responded, raising her finger in a classic "Marvin K. Mooney" stance.

Click grabbed his camera, then turned away to others in the vicinity.  "Hey!  Who wants to help me get this reporter outta here?"  she said.   "I need some muscle over here!"