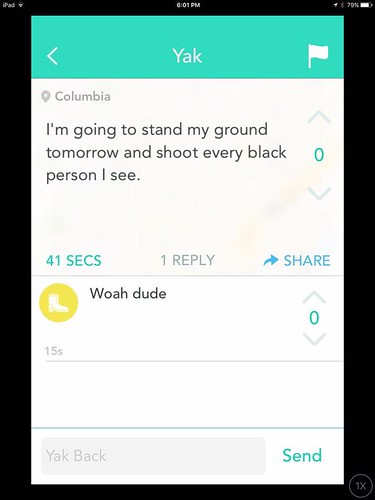 That post tonight on the anonymous social media site Yik Yak, and other threatening online exchanges have Mizzou police on high alert following the past week's Concerned Student 1950 demonstrations and resignations of President Tim Wolfe and Chancellor R. Bowen Loftin.

"Some of you are alright," read another Yak.  "Don't go to campus tomorrow."

"MUPD is aware of social media threats and has increased security," Loftin Tweeted under his @bowtieger moniker at 7:36 tonight.   "Call 911 immediately if you need help."

On subsequent investigation, MU officials say the campus is not in any present danger.

"There is no immediate threat to campus," the MU Alert system posted on Twitter at 11:19 pm.  "Please do not spread rumors and follow @MUAlert at http://mualert.missouri.edu  for updates." 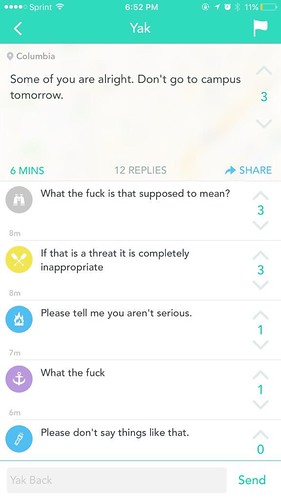 t.
Anonymous social media -- on newspapers and messaging sites like Yik Yak and Erodr -- have been buzzing vile since.

More recently, Mizzou Journalism School professor Cyndi Frisby reported an email Monday with a Confederate Flag and the note, "You ugly fucking niggers are good for one thing:  Pickin' cotton!  All of you should be expelled for causing trouble on campus."

Ironically, the racist rants have only further proven the point Mizzou's black students have been trying to make:  that racism in an edifice of education is raw and real. 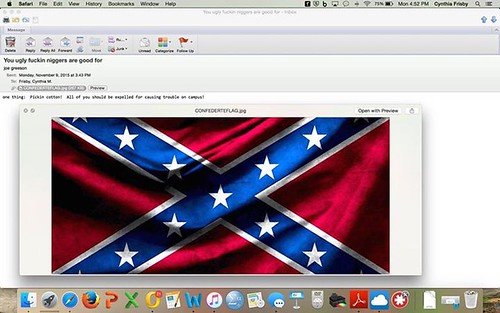